Professional Private Investigators
We put our forty-years of experience in law enforcement at your disposal.
How many firms can say the same?
Free Consultation 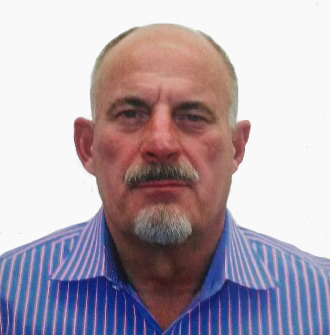 James D. Goldman & Associates is a licensed full service private investigation agency headquartered in Weston, Florida. We conduct civil, criminal and domestic investigations employing surveillance, background checks, witness and suspect interviews and undercover operations. Our investigations are held in strict confidence. We also provide executive protection and consulting services for complex immigration matters. James D. Goldman & Associates engages community leaders, parents and families in an effort to protect the quality of life and safety of our most vulnerable from the drug epidemic- a scourge which continues to impact the fabric of our society. We remain committed to the idea that investigation, education and training are the three-pronged approach that will provide a comprehensive result for our clients.

James D. Goldman, President and CEO of James D. Goldman & Associates, is a veteran of 25 years in federal law enforcement. His expertise has been featured on CNN, Discovery Channel and The History Channel.

He retired in 2003 as the Interim Director of Immigration and Customs Enforcement, Department of Homeland Security, Miami Division.

If you require the services of an International Investigations Firm with Global Assets and the ability to operate Worldwide, James D. Goldman & Associates can fulfill your needs!

James D. Goldman & Associates is licensed by the State of Florida Dept. of Agriculture and Consumer Services [Lic. A2300198].

James Goldman attended public schools and Northeastern University before serving with the United States Air Force. In August of 1978, James began his career with the former Immigration and Naturalization Service (INS) as a Border Patrol Agent with the Service's Chula Vista Sector in southern California. In 1984 he transferred to the New York District as a Special Agent. After a 3-year tenure in New York, James accepted a position as Senior Special Agent at INS Headquarters in Washington DC. As a Senior Special Agent in the nation's capital, he integrated efforts between INS and the Organized Crime Drug Enforcement Task Force's National Program. Mr. Goldman served 3 years in this capacity, cultivating and maintaining liaisons with various federal agencies, as well as a multitude of foreign governments. In April of 1990, James accepted a position as Supervisory Special Agent in the Boston District, where he developed strong supervisory and management skills, ultimately preparing him for his next position as the Assistant District Director of Investigations at the Washington District. He served 6 years in this position before accepting the Assistant District Director of Investigations position in Miami, Florida. 4 years later, Mr. Goldman accepted the position of Interim District Director for the Miami Division, of the newly formed Department of Homeland Security, Immigration and Customs Enforcement

Throughout his Federal Law Enforcement tenure, James Goldman has been featured as a guest speaker and lecturer in numerous forums regarding various smuggling operations, both domestically and internationally. His expertise has been featured on major media networks like CNN , Discovery Channel and The History Channel . He was also awarded the Newton-Azrak Award for Heroism in recognition of his planning and extraction of Elian Gonzalez from the home of his relatives in Miami.

Doug Hansen is a Massachusetts Licensed Private Detective, with over three decades of investigation and security experience, in both the public and private sector. Mr. Hansen has worked as an Investigator for the Suffolk County (Boston) District Attonrey's Office, the Massachusetts Public Defender's Office, and the Suffolk County Juvenile Court. His security experience includes work for the Boston Red Sox, New England Patriots, Boston College, the 1996 Atlanta Olympics, and the 2004 Democratic National Convention (Illinois delegation). Mr. Hansen holds a Bachelor's degree from Boston University and a JD from New England School of Law.

While assigned to the DEA Training Academy at Quantico, VA, from 2007-2011 Mr. Simmons served as a Staff Instructor and was responsible for the coordination and certification of hundreds of new Special Agents, instructing courses in areas such as surveillance, undercover operations, wiretap investigations, drug smuggling and confidential source recruitment and management.

In 2011 Mr. Simmons was promoted to the position of Resident Agent in Charge in the New England Field Division. In this position Mr. Simmons was responsible for all DEA investigative, financial and administrative matters in Southeastern Massachusetts. As the DEA liaison with over a dozen local police departments Mr. Simmons led a High-Intensity Drug Trafficking Areas (“HIDTA”) Task Force comprised of federal, state and local law enforcement personnel until his retirement in 2017.

Paul Higdon is the former Director of INTERPOL, and is an internationally recognized authority on criminal investigations and intelligence gathering. Before joining INTERPOL, Mr. Higdon had a distinguished 27 year career with the U.S. Drug Enforcement Administration, which included several significant international posts and work as a key investigator in the famed French Connection case.

Michael Wang retired from the New York City Police Department in 2002 after twenty years of service. He retired as a Sergeant while assigned to the 110th police precinct. Mr.Wang held numerous positions with NYPD that included assignments to the DEA drug task force and the 5th police precinct Asian Gang Unit. Mr. Wang is widely recognized for his extensive knowledge of Asian Organized Crime and street gang activity.

Immigrant Avenues, LLC (Las Avenidas del Inmigrantes) is an independent marketing and outsourcing company that connects documented and undocumented foreign nationals with nationally-recognized immigration attorneys, including Jesse M. Bless of the Law Offices of Jeff Goldman, LLC, who spent more than a decade litigating federal immigration matters on behalf of the United States Attorney General. Jesse and IA's other outstanding, affiliated attorneys have agreed to provide affordable excellence via free consultations, fair and flexible fees and money-back guarantees. Immigrant Avenues thus serves as a trusted resource for foreign nationals and immigration-related organizations in need of help preparing and executing a plan for themselves or clients to survive and thrive in the United States.

Bill Vancio recently retired from the U.S. Department of State, Diplomatic Security Service (DSS) after more than twenty-one years of distinguished service. During his DSS career, he was assigned as a diplomat at several U.S. Diplomatic Missions, where he was responsible for the physical, technical, information, and personal security of employees and facilities. Domestically, Mr. Vancio served as a Criminal Unit Supervisor, and Assistant Special Agent in Charge at the DSS San Francisco Field Office. He also worked in the Antiterrorism Assistance Program, where he created the Overseas Training Division, which trains and equips partner nation law enforcement and military personnel and, most recently, served as the DSS Liaison Officer to the U.S. Southern Command. He also served as a liaison officer and coordinated security for the Pan American and Cricket World Championship Games. Mr. Vancio has extensive experience with criminal and background investigations, identity fraud, dignitary protection, and counter-terrorism. His foreign languages are Spanish and Portuguese. He possesses in-depth knowledge of U.S. Embassy regulations and operations and maintains numerous contacts within STATE, Department of Defense, the private sector, and foreign government officials. Before joining DSS, Mr. Vancio worked for the U.S. Border Patrol, and was a criminal investigator for the U.S. INS.

Tom O'Connell, retired police lieutenant from the Miami-Dade Police Department, the nation's second largest sheriff's office, with 20 years distinguished service. He is learned in myriad investigative and operational skills, to include Fraud, Internal Affairs, major crimes (murder, sexual battery, robbery, etc), Staff Inspections and all aspects of administrative responsibilities. Tom is considered this firm's POC (point of contact) whereby his knowledge of the criminal justice system, especially the inner workings of all police departments, their investigations divisions and his "contacts" is paramount to many of our investigations.

Mr. Goldman has been called to testify in the following Federal Court venues:

If you require the services of an International Investigations Firm with Global Assets and the ability to operate Worldwide, James D. Goldman & Associates can fulfill your needs!